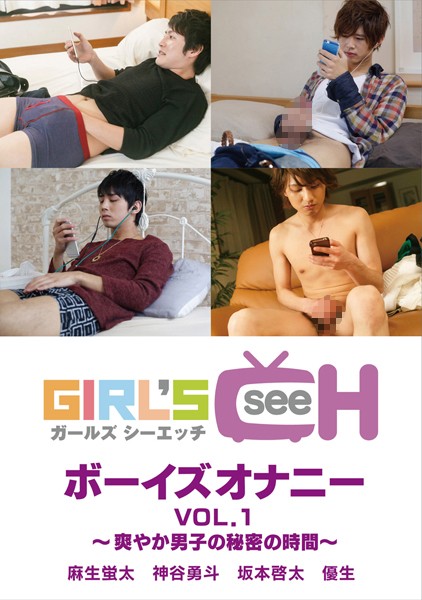 Once the interview portions are over, the guys then demonstrate how they do their thing. It’s worth noting that first, they mime how they do it. After that, they do it for real. The miming portions make me giggle since it looks a little silly, but it’s admittedly kind of hot at the same time. Not all of the giggles were out of amusement, though. To be totally honest, this is the first time an AV ever made me feel full-on shy watching it. The shyness kicked into full gear when they finally took out their cocks and did the deed, so to speak. It’s not often I find myself looking away from the screen or covering my face as I watch, but this one absolutely did that to me.

I do have complaints, but they’re very minimal. First and foremost, I do wish the guys were a little bit more vocal, particularly at climax. Not over the top CRAZY vocal, but some more moaning and the like would be awesome. It’s a shame they weren’t so vocal at climax, as well. The heavy breathing was fine, even lovely, but I wanted a little more than that. Also, if you are to watch the entire AV in one sitting, it can feel fairly repetitive given it follows a formula the whole way through with no real variety. But honestly, what you get is right on the tin, so this is a very tiny complaint. I would have liked perhaps a little more variety in the masturbation–for example, it’d be neat to see onahole usage! It’s a shame there wasn’t any toy use in this movie. I think it could’ve added some much needed extra spice.

If you want to purchase this movie, you can do so here at R18.com!