For a while now, I’ve had my eye on clitoral suction-style sex toys. The concept is simple, though very different from the typical vibrators you’d see. In fact, to call them vibrators is misleading (though there are different brands with models that DO incorporate vibrations in addition to the suction technology.) Instead of relying on vibrations to stimulate the clitoris, these suction toys gently create a seal around it, giving it an intense, new experience thanks to the pulsating air technology.

Some friends of mine highly recommended the Womanizer Liberty to me when I asked for clitoral toy recommendations, particularly the suction type. Their hype had me intrigued, needless to say. I knew I needed to get a hold of it and see what this suction stuff was about for myself. Would it live up to the hype?

More below the cut, as always!

I picked up the Pink Rose version, but the Womanizer Liberty comes in other shades: Lilac, Powder Blue, and Red Wine. Each one comes in its own pretty box. Here’s the Pink Rose’s box: 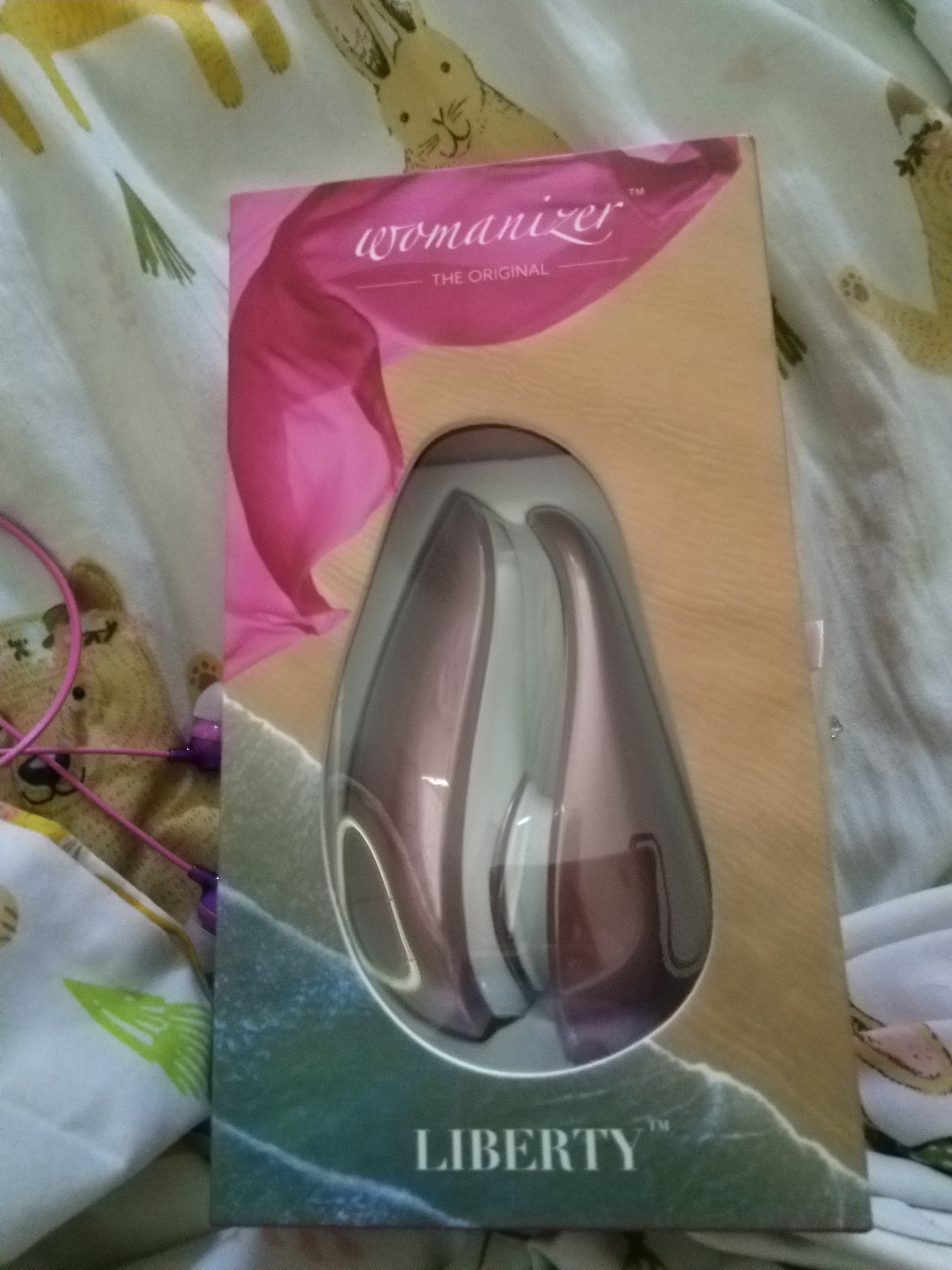 A huge plus to the packaging is it’s not blatantly saying “SEX TOY,” and it’s honestly a treat to see how the box art compliments the toy itself. You could even call it a work of art. Inside of the box, there’s an instruction manual, a charger, the Womanizer Liberty (and its cover shell bit), and a storage bag. There’s also a bonus head which comes in a slightly larger size to accommodate larger clits (something I find a very neat gesture, and one I wish the Satisfyer and similar models would take into account, if they haven’t already!) I personally prefer the smaller, default head, but the bigger one gives nice cushion for those who might prefer slightly less direct stimulation if the smaller head is too overwhelming.

Another detail I love about the Womanizer Liberty is how discreet it is. It doesn’t look much like a sex toy at all; doubly so when the cover/lid is on. Speaking of, the lid part is actually magnetic, so it snaps right into place when you put it on! Pretty nifty, huh? However, it’s not a super strong magnet, so the toy will fall off if you hold it cover-first. Be careful! It’s a good enough magnet to keep things secure if you hold it normally though and don’t try to like, dangle it.

So, when it comes to the whole suction experience, it’s pretty intense. There are 6 levels total for the Womanizer Liberty–larger models have more modes, but given this is meant to be more like a little travel-friendly buddy, I don’t mind it at all. I think six is the perfect amount for getting a taste of this style of stimulation. It is so pleasurable. This toy has yanked orgasms right out of me with little effort. I’m talking full body-ripping, near tears orgasms. That said… I’ve found myself wondering if there might be something wrong with me when using this. You see, I tried to get used to the suction on levels 1 and 2, but I found them to be nearly painful and uncomfortable. But once I clicked to levels 3, 4, 5, and 6, the more rapid-fire fluttering feeling quickly replaced that discomfort with total rapture. In fact, my favorite settings are probably 5 and 6, which have what I would call a sort of, um, thuddy sensation? It’s so hard to describe, but the suction goes into total overdrive, and I am almost always done for not even 10 minutes into using it.

The charger itself is magnetic; it connects to magnets on the bottom of the toy, so it’s even more convenient compared to your typical chargers.

One thing of note is that the Womanizer Liberty is completely waterproof, so you can bring it in the bath, shower, pool, wherever and enjoy pure bliss no matter where you are. They say using the toy underwater intensifies the suction, but to be honest when I used it in the bath, I didn’t notice a huge difference. That said, though, I was using the larger head instead of the smaller one, so perhaps using the smaller head would intensify things more? I’ll have to try that in the future.

I would personally recommend using a water-based lubricant around the rim of the head and on the clitoris to improve the sensation and create a better seal, though it’s by no means necessary. In fact, I generally forgo the lube because the toy takes me to paradise that fast. But the lube makes an additional nice little treat and does change up the way the suction feels in a lovely way.

When done, I store the toy away in its storage bag. At a glance, you wouldn’t even be able to tell a sex toy was in the bag at all! 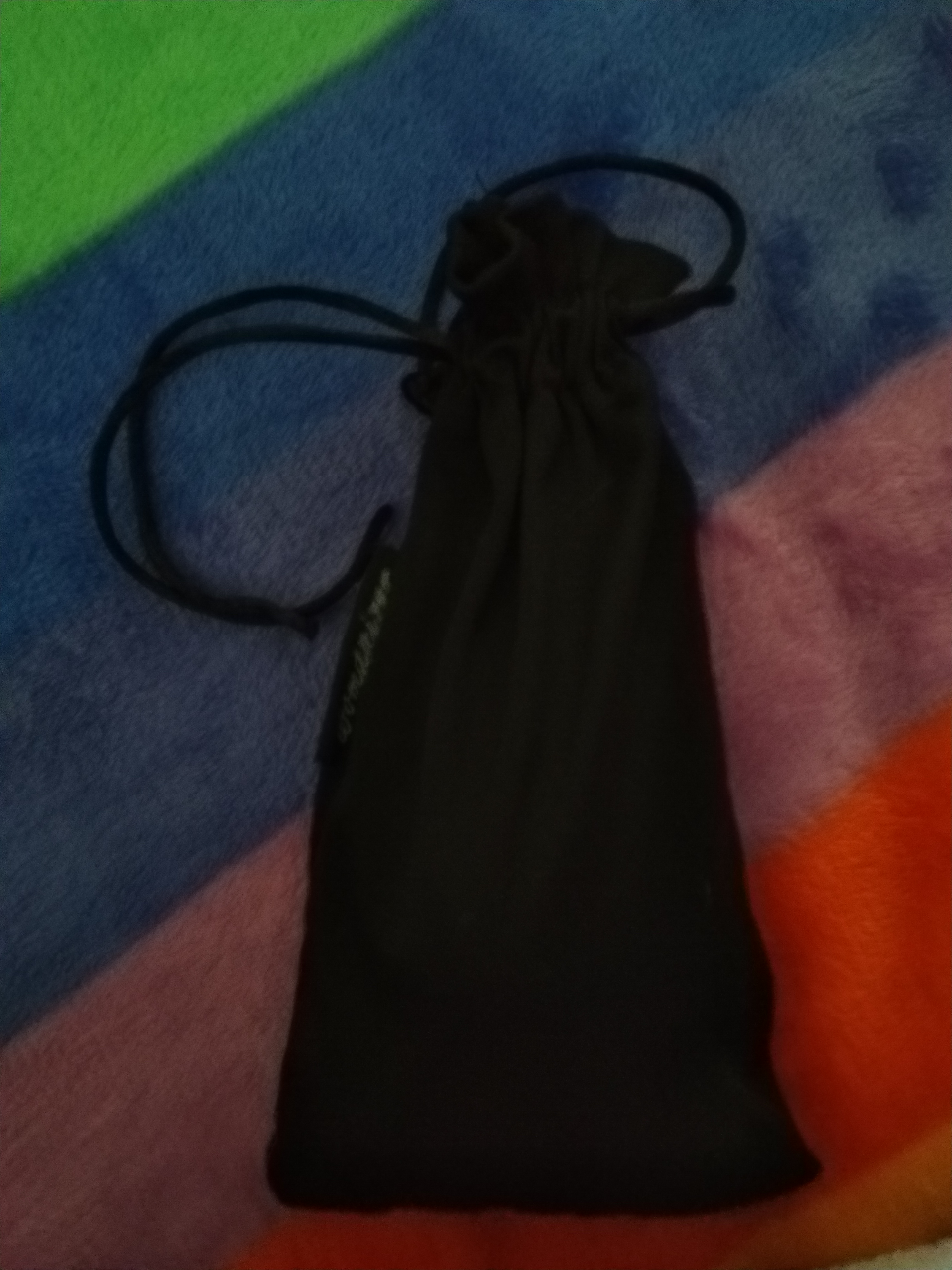 Discretion is the name of the game of Womanizer Liberty. If you live with family or just want a smaller, more discreet toy to travel with, this is your best bet. I will say, though, that the suction can be louder on the higher settings. It’s nearly silent on the lower ones. I’d bet under a blanket, it’d muffle the louder sounds. I haven’t tried that, though. I will say underwater, you can barely hear it on the highest intensities.

You can purchase the Womanizer Liberty from a multitude of distributors: Womanizer, Pink Cherry, SheVibe, LoveHoney, and Peepshow Toys. I’m sure there’s more, but I’d recommend these sites over Amazon.